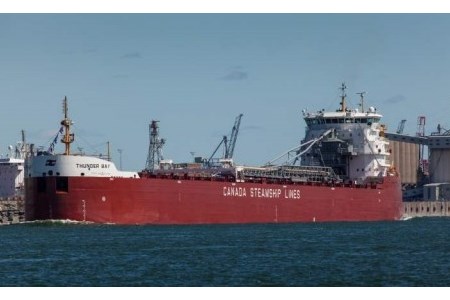 Whitefish Bay reached the impressive milestone on 30 March 2019, and was followed closely by Thunder Bay on 27 April 2019. Both vessels have been LTI-free since they began trading in Canada in May 2013.

“Congratulations to the crews of Whitefish Bay and Thunder Bay who have clearly demonstrated that putting safety first is the most important part of everyone’s job at CSL,” said Louis Martel, President and CEO, CSL Group.

“Our goal of zero harm is not just a pipe dream. The dedicated men and women on these two vessels have clearly shown us that it is absolutely attainable.”

Read the article online at: https://www.drybulkmagazine.com/shipping/13052019/whitefish-bay-and-thunder-bay-vessels-reach-historic-safety-milestones/