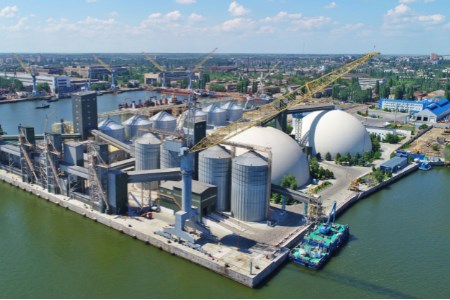 NIBULON demonstrated the highest result in August, having exported more than 530 000 t of grain.

It should be noted that despite the annual increase in the number of exporters, NIBULON manages to maintain its market share and leadership. It is testimony to a truly high level of competitiveness of the company.

Also to note is the increase in volumes of river transportation to optimise the internal logistics as a step aimed at increasing Ukrainian agricultural products competitiveness in the global market. In particular, the last month of the summer was a record one in the company’s activities in terms of volume of agricultural products loaded for export by fleet (without calling at ports, directly in the roads) – almost 300 000 t. Thus, the company transported about 60% of grain for export by river transport and removed traffic loads from the country’s roads.

Read the article online at: https://www.drybulkmagazine.com/shipping/08102018/nibulon-exports-largest-agricultural-volume-during-1q-marketing-year/