Siwertell, part of Bruks Siwertell Group, has secured an order from Mexico’s Gramosa Agroalimentos SA for a high capacity unloader to serve the company’s new agribulk terminal located in the Gulf of Mexico port, Veracruz. The unloader was chosen after out-performing all competitor systems during a four month selection process. 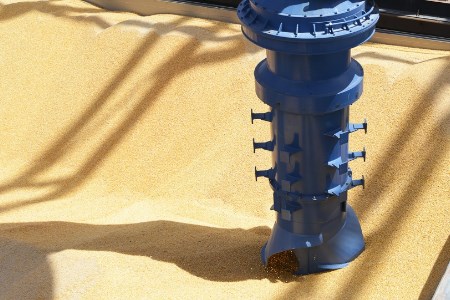 In a statement from Gramosa Agroalimentos, the company said that: “The Siwertell system was selected after considering many factors and multiple equipment comparisons. Analysis included operating principles and mechanisms, investment costs, as well as operating costs.

“An important factor was cargo loss and damage. We will handle a number of different grains at the new terminal such as corn, rice, wheat, soybeans and canola seeds. The low conveying speed of the Siwertell screw-type unloader means that the grain is not damaged during handling, which will give us added value and differentiate us from our competition.

Patrik Henryson, Siwertell Sales Manager, stated: “Although the selection analysis took four months, it was actually an extremely quick process. Our first meeting with the customer, via a local contact, was in November and the unloader was ordered by February this year. I think this speaks volumes about the performance of our equipment and the service that we offer as company.”

The new unloader will be delivered fully-assembled from China and will then be tested and commissioned onsite in Veracruz by Siwertell. It is expected to be operational in mid-2019.

Read the article online at: https://www.drybulkmagazine.com/material-handling/23052018/siwertell-st-640-m-unloader-to-serve-new-agribulk-terminal-in-mexico/