ONT/BEDESCHI has been awarded a new belt conveyor system from OCRIM for grain handling at the Yanbu Port in Saudi Arabia. 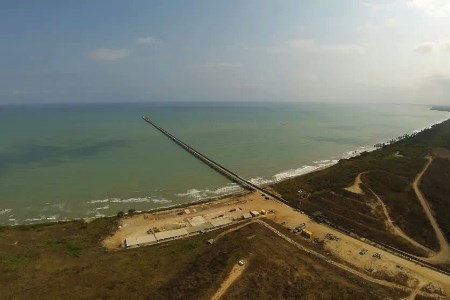 The supply contract consists of three belt conveyors with a width of 1400 mm and a length of 180 m + 360 m + 36 m. The belts will convey 1000 tph of grain from a jetty (client shipunloader) to the existing storage bins.

The jetty conveyor is complete with an openable special upper cover, along the loading zone from the shipunloader, made of galvanised steel sheet self-opening cover.

Read the article online at: https://www.drybulkmagazine.com/material-handling/04122018/ocrim-supplies-new-belt-conveyor-to-yanbu-port/

The Port of King’s Lynn, operated by Associated British Ports, has reported its busiest month in five years.