ACC Limited is one of India's leading manufacturers of cement and ready-mix concrete, with 17 cement production plants, 75 ready-mix concrete facilities, over 6700 employees and a countrywide network of dealers and sales offices. For the Jamul plant expansion project (Line 2), AUMUND India supplied via KHD a wide range of AUMUND bucket elevators and pan conveyors in 2016, to increase the capacity of clinker production to almost 3 million tpy. 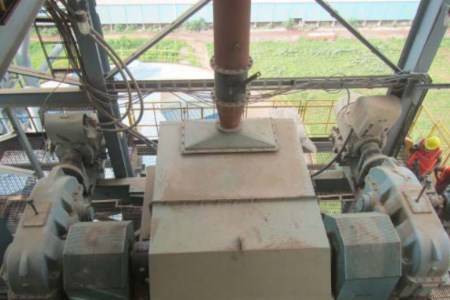 ACC, previously known as The Associated Cement Companies Limited, was formed in 1936 by the merger of 10 individual cement companies. With its headquarters in Mumbai, ACC Limited became part of the Holcim Group in 2005, and since 2015 part of the merged LafargeHolcim Group. Over the years, ACC Limited has continually placed its trust in AUMUND India, and to date there are over 200 AUMUND machines in operation in ACC plants across India. These include 133 AUMUND belt bucket elevators, 11 chain bucket elevators and 59 pan conveyors.

Read the article online at: https://www.drybulkmagazine.com/material-handling/03102019/aumund-india-remains-a-trusted-partner-to-cement-manufacturers/