As part of its continued focus on bringing renewable energy solutions to shipping, Eco Marine Power (EMP) announced that it has signed a Memorandum of Understanding (MoU) with Star Bulk S.A. (Star Bulk) covering a joint study project focused on the feasibility of using EMP’s technologies on existing and new bulk carriers. 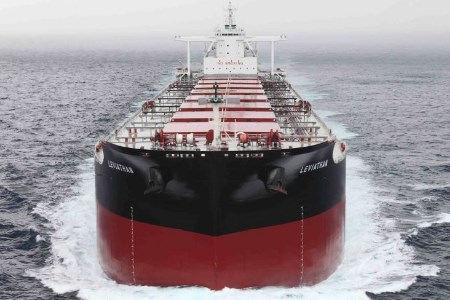 The joint study between Star Bulk and EMP will cover engineering issues related to how various equipment including solar panels, batteries and other devices can be installed on existing and new ships. The study will also estimate the amount of power that can be provided via renewable energy along selected routes and for specific ship types. Fuel oil consumption (FOC) and emissions savings will also be calculated and issues related to safety and ship operations such as cargo handling will be considered.

Teramoto Iron Works Ltd., and The Furukawa Battery Co., Ltd., will also be involved during certain stages of the study to assist with resolving issues such as best options for installing batteries on ships utilising both customised battery frame kits and also self-contained marine battery housing modules. The self-contained marine battery housing modules are suitable for a range of battery technologies including the UltraBattery® from Furukawa Battery. This innovative hybrid battery technology has been approved for use on ships by ClassNK (Nippon Kaiji Kyokai) and is ideally suited for both land and marine renewable energy applications.

The joint study project between Star Bulk and EMP is scheduled to be conducted over a period of two years.

Read the article online at: https://www.drybulkmagazine.com/shipping/21032018/star-bulk-and-emp-sign-mou-for-joint-renewable-energy-study/

The vessel was built in Japan in 2010 and has a cargo-carrying capacity of approximately 181 500 DWT.