On 16 October, the Port of Rotterdam Authority (PoR) signed a contract with Securitas Technology BV for the installation of 227 cameras in the port and industrial area. The contract is a logical consequence of the ‘Camera surveillance for the Port of Rotterdam’ agreement that was signed on 13 June by Customs, the Police, Deltalinqs, the Municipality of Rotterdam and PoR for the installation of a joint camera infrastructure. The first 25 cameras will be installed on Maasvlakte 2 this year. 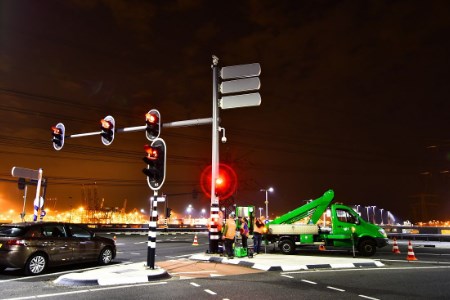 “Installation of the cameras is in line with the Port Authority’s policy to increase security in the port. Camera surveillance will help create a safe business area and improve the business climate in the port. We’re convinced that joint action in this area will more be effective than an individual approach,” said COO Ronald Paul, who signed the contract on behalf of the Port Authority.

Securitas Technology BV of Dordrecht is a market leader in the development and use of innovative integrated security solutions. Since June 2015 the company has been part of Securitas Nederland, which has more than 7000 employees and is leading player in the field of personal security, technical solutions and the use of remote security. Around the world, Securitas is active in 55 countries and has 345 000 employees.

Read the article online at: https://www.drybulkmagazine.com/ports-terminals/18102018/port-of-rotterdam-authority-hires-securitas-to-install-cameras-at-port/