Liebherr inaugurated its new facility in Rognac on 9 March 2018 in front of 400 customers. The new facility is now in charge of the sales, rental and service of earthmoving, material handling and construction machines. Only 30 km from Marseille, the new location has 60 employees. 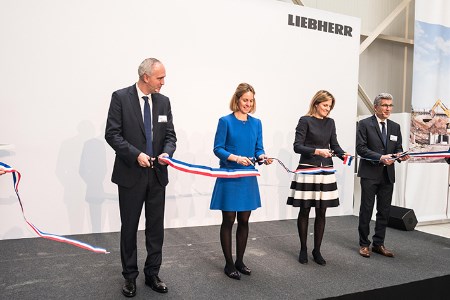 Going forward, the new agency will manage the Bouches-du-Rhône, Var, Vaucluse and Corsica départements of France and half of the French region of Gard.

Liebherr’s first production site in France was founded in Colmar in 1961. 40 years ago, in 1978, Liebherr opened its first facility in southeast France. Liebherr has invested a total of €12 million in its new location. It is an important milestone for the group’s regional development.

Read the article online at: https://www.drybulkmagazine.com/material-handling/28032018/new-agency-opened-by-liebherr-in-southeast-france/

Costamare has established a new dry bulk operating platform with a team of experienced professionals, who will join Costamare in investing in the new venture.