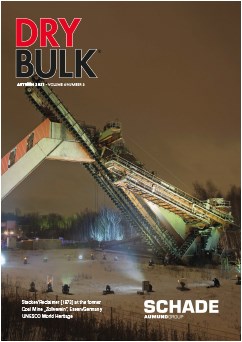 In this day and age, one would think it relatively safe to be a seafarer, however this could not be further from the truth. To focus initially on pandemic-related issues, in September the International Chamber of Shipping published updated guidance to protect seafarers and shipowners from the unpredictable and unavoidable challenges of COVID-19.

Speaking from a country where 67% of the population is fully vaccinated (UK), the 25% figure of vaccinated seafarers seems alarming. Reportedly, most of the currently-unvaccinated seafarers are not expected to receive their doses until 2022, when their national programmes provide them with coverage.

Considering the fact the movement of global trade would be at a standstill without these individuals, the International Maritime Organization (IMO) has acknowledged the concern and named seafarers as one of the groups that should be prioritised for the COVID-19 vaccination when supplies are limited.

IMO Secretary General Lim said, “I am glad to see that the WHO recognises the importance of vaccinating seafarers on cargo ships. These individuals are responsible for transporting over 80% of all goods around the world, including food, medicine, and vaccine supplies Ð and have continued to do so despite extremely challenging circumstances. Seafarers will play a key role in the global recovery, and barriers to international travel and crew change must be removed.”

Whilst struggles with mental health, vaccination issues, shore leave, and more remain at the forefront of current challenges to seafarers, safety concerns relative to the actual cargoes being transported remain a constant challenge in the industry.

Analysis by INTERCARGO has detailed how cargo failure (via liquefaction) accounted for the highest loss of life in the bulk carrier industry from 2011 to 2020, when 61 lives were lost and five ships were casualties during this period. Last month, concerns were heightened as there is reportedly an increased liquefaction risk of iron ore fines cargoes from Sierra Leone Ð specifically those cargoes being loaded in the port of Pepel.

The International Group of P&I Clubs (which provides liability cover for 90% of the world’s ocean-going tonnage) recently issued a Circular to members to highlight the risks. The group understands that some cargoes of iron ore fines intended for shipment have been stockpiled outdoors for a prolonged period of time without any cover. Since this is the wet season, there is particular worry for liquefaction risk. Moreover, some cargoes planned for shipment that were previously considered too low grade for export, and thus left uncovered for some time, are only now being blended with higher grade materials for export.

Shippers have been informed they should carefully examine the characteristics of the material intended for loading, to make sure those that are unsafe are identified and separated. Ultimately, the shipper is responsible for ensuring that the transportable moisture limit of cargoes which may liquefy is complied with.

So, a nod to all seafarers in the industry. From battling the months onboard vessels due to COVID-19 travel restrictions, to the daily risk of cargo failure when shortcuts are taken during storage and transportation, the global dry bulk industry shows its appreciation.