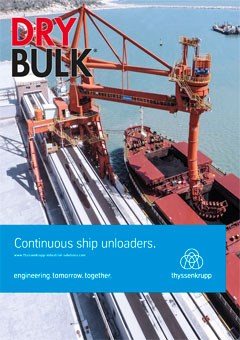 The Great British Bake Off is back and in full swing. Episode three of the TV series, which searches for the UK’s best amateur baker, saw the contestants tackle Bread Week. Tear and share loaves, burger baps with veggie burgers and showstopping scored bread sculptures were all served up, with not a soggy bottom in sight. A quick recap of this installment: rising to the occasion was Michael, whose edible creations earned him the spot as star baker, while Yorkshire lass Amelia’s journey came to an end as her dough turned to D’Oh in the tent.

Another one bites the dust, and it’s not just Bake Off I’m talking about. The UK will be leaving its own ‘tent’ soon, though on a much grander scale.

The Brexit deadline is fast approaching. UK farmers are now scrambling to harvest and export surplus commodities abroad before 31 October, when a no-deal departure would see the abandonment of European markets.

Although an improved weather outlook has allowed farmers to resume harvesting, and with reports of high wheat yields, grain prices have – and still are – falling following harvest pressures, which have been building against the short export window before the UK leaves the EU.

Further along the chain, ports across the south of England are busy and bustling as they try to keep on top of the ongoing loading operations. The majority of bulkers will be setting sail for Spain, the UK’s main export market. This is set to change though come the deadline, favouring Africa instead.

But while exports have reportedly continued at a strong pace since the beginning of August, David Eudall, Head of Market Specialists (Arable) at the Agriculture and Horticulture Development Board, has predicted that exports of as much as half of the UK’s potential 2 million t wheat surplus (and 0.5 million t of barley) may still be pending come the end of October.

Just like Amelia’s bakes had their own problems, there are a lot of challenges that the dry bulk market is currently encountering too. Outside of Brexit, the US-China trade war has been hindering exports and imports of dry bulk commodities since 2018, having imposed tariffs on billions of dollars’ worth of each other’s goods. Moving away from political turmoil, the weather has also created challenges for the dry bulk sector. In Canada, harvest progress has been limited by heavy rains. Australia has been hit with a drought for the third year in a row, causing the country’s wheat output to lessen. It’s predicted that it could decrease by 10% from previous forecasts to less than 19 million t. And the winter grain harvest in South Africa (which takes place between June and August) has seen lower yields than last year due to irregular weather conditions; the below average rainfall, in particular.

In this day and age, I think we take for granted that things like baked goods are readily available. But if Brexit is anything to go by, there’s a lot going on behind the scenes that we need to remember. And I think that we need to give credit where credit is due: to the farmers, freight traders, port and shipping operators, and the like, who are just trying to get the product to market for us to enjoy. After all, what’s Bake Off without the bakes?