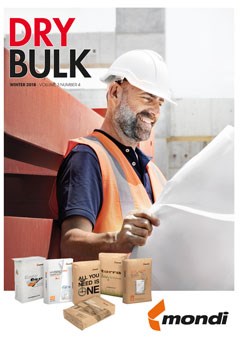 There has been a significant impact on the dry bulk shipping industry following the change in American soybean exporting routes as a result of the US-China trade war.

The 25% tariff on Chinese imports of US soybeans was implemented on 6 July, though the effects have only really started to show now, in 4Q18. The reason? BIMCO reported that last year 55% of US soybean exports to China occurred between October and December. In addition to this, the first 12 weeks of the current marketing year saw a decline in soybean exports; 43% lower than the same period last year.

By the end of November 2017, China was the recipient of 71.3% of all US soybean exports, equating to 200 panamax loads. Contrastingly, China has received just 2.8% this marketing year.

Peter Sand, BIMCO Chief Shipping Analyst, explained: “Tonne mile demand is further hurt as not only are the volumes of US soybean exports lower than last year, the distances sailed are also much shorter as the new destinations are closer to the US than China is.”

This season, only two countries have imported more than 1 million t of US soybeans: Argentina with 1.21 million t and Mexico with 1.18 million t.

However, this could all be set to change. On 1 December during the G20 summit in Buenos Aires (Argentina), US President Trump and China’s Xi Jinping agreed to a trade war ceasefire.

The US and China have agreed not to increase or implement additional tariffs on goods for 90 days commencing on 1 January 2019, to allow for discussions. Beijing has also agreed to purchase more American agricultural products.

The White House explained that, as part of the agreement, “China will agree to purchase a not yet agreed upon, but very substantial, amount of agricultural, energy, industrial and other product from the US to reduce the trade imbalance between our two countries.”

China has not yet released much information regarding the truce deal made during their summit meeting.

In light of the ceasefire, the market is looking optimistic.

On 3 December, the futures contract for January 2019 on soybeans increased by 1.1% at the Chicago Mercantile Exchange–delivery rose as much as 3.2% to US$9.23 3/4 a bushel, the highest price for the most active contract since 19 June.1 Additionally, according to Reuters, US soybean futures rallied to their highest since at least August.2

However, the ceasefire does not bring an end to the ongoing trade war entirely, as the current tariffs already in place remain valid. And once those 90 days are up, more could be imposed.

It is still uncertain how the two countries will settle the US’ underlying concerns regarding trade barriers and subsidies.

Aptly put, Iowa Soybean Association President Lindsay Greiner said: “Hopefully, in the next 90 days, negotiations will move forward and we can move to resolve this whole thing. There is a long way to go.”