In 2020, a year overshadowed by the pandemic, Symaga celebrated its 35 year anniversary. The company also had further reason to celebrate as it delivered its 10 000th storage project, totalling more than 42 million m3 of storage built in 145 countries on five continents. 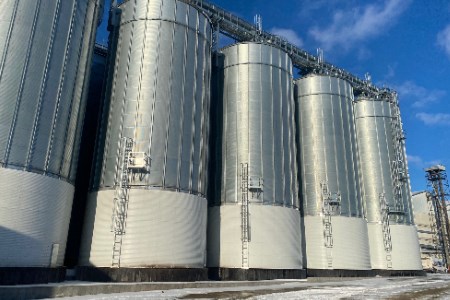 Among the 10 000 completed projects, in its company press release announcing the news, Symaga highlighted the storage plant of a mill located in Lasin. The Polish mill, Mlyny Szczepanki, entrusted Symaga with the design and manufacture of five hopper silos SCE0993 / 15T45 with a special protection for the hopper.

Symaga began 2021 supported by the momentum of the last months of 2020, with a significant portfolio of new orders. Asia has reportedly become one of its target markets, marked by the establishment of a new office in Singapore to support its services and solutions in the region. The new office will help Symaga respond to the growing demand that is expected in the coming years.

In order to maintain continued growth, Symaga intends to not only focus on new markets, but will underpin its policy of further deepening its presence in its top market – such as Europe, Russia, and Ukraine.

Read the article online at: https://www.drybulkmagazine.com/dry-bulk/16022021/symaga-hits-large-project-milestone/

The two companies have entered into an agreement where CTM is to become the commercial manager of Premuda’s dry bulk fleet.