Skip to main content
Advertisement
Advertisement
Today’s evolving bulk materials handling operations are constantly in pursuit of optimal productivity and efficiency. Most handling operations place primary focus on keeping plant and equipment running at faster rates, whilst others accommodate for maximum amount of conveyed material as a measure of the site’s operational productivity. 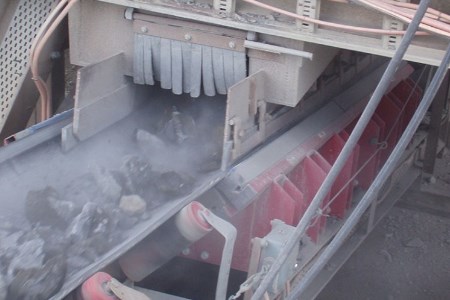 Mechanical maintenance teams are sensitive and quick to notice a decrease in productivity on site, this often occurs when frequent production down-time occurs over long periods. Other factors affecting production stoppages include cleaning up time due to material spillage and repair to damaged conveyor belt and structure, just to name a few scenarios.

Neil Kinder, CEO Kinder Australia, explains: “The spotlight is often turned onto maximising performance during these periods of production down-time. In reality, paying time and attention to improving and maximising the effective performance of a plant’s conveyor system can have many long lasting positive profitability and productivity benefits”.

“A critical element of an effective conveyor system is the Transfer Point”, says Kinder. “By closely identifying, evaluating and optimising existing belt loading, handling plants can reduce many unpleasant on-site issues mentioned earlier, plus address safety issues of dust emissions. This process all leads to improving and extending the service life of the conveyor belt”, adds Kinder.

The company’s quarry customer in Ormeau, Queensland, sees production capacity at approximately 400 000 tpy and is involved with handling greywacke with gritty characteristics. The weight pressure of the transferred material loading was causing major conveyor belt sagging issues between the supporting rollers. Belt edge sag allowed the tendency for material to spill through the gaps between the skirting and conveyor belt, general material spillage was also an area for rectification. Small rocks present also had the potential to get caught between the conveyor belt and the skirting, causing premature groove lines on the conveyor belt’s top cover.

The full impact of the conveyed material caused dust emissions, requiring containment and deployment of labour resources to clear up the dust as well as mitigating potential safety hazards and environmental issues.

The quarry addressed the ongoing belt sag issues by installing K-Sure® Belt Support System which helped to control dust emissions and material spillage. The recommended belt support system successfully provided even and consistent support under the belt, utilising low friction UHMWPE slide surface bars instead of rollers. With no moving parts, there were no requirements for replacing rollers in the foreseeable future.

Similarly, maintenance teams at a quarry customer in Victoria reported issues with damaging dust emissions. The transfer point under the tertiary crusher was a source of constant, excessive material spillage and dust emission. Material turbulence generating huge amounts of dust in the tertiary crushing process was ultimately escaping and causing significant emissions from the conveyor belt skirting system.

With a 2.5 metre, vertical impact drop height from the cone crusher and material lump size of minus 60 mm provided evidence the conveyed material was pooling. This was due to the material not moving in the direction of the conveyor belt. A combination of conveyor belt sag and inconsistent conveyor idler profile gave way to ineffective skirting system, this inefficiency further aggravated dust emissions and ongoing spillage challenges at the quarry.

It’s well regarded that transfer points are instrumental for conveyor belt systems running efficiently, integral to this is incorporating an exceptionally designed and executed transfer chute. “The key to measuring efficiency of transfer points involves the requirement for maintenance teams to continually monitor and assess the conveyor system both before and after the load transfer point and make any necessary adjustments”, says Kinder.

Recent additions to Kinder Australia’s product line up include K-Dynamic Belt Support and K-Flexal® Elastic Belt Support System, both engineered and designed to allow better absorption of energy and provide an even weight dispersion of the conveyed bulk material. Additional cost advantages are also realised, such as improved wear life of the conveyor belt and components and reduction in conveyor belt maintenance costs, which can assist quarry operational bottom line.

Read the article online at: https://www.drybulkmagazine.com/product-news/16012019/kinder-conveyor-transfer-point-optimisation-key-to-productivity-improvements/

ABP’s Port of Ayr is enabling wheat cargo to be shipped more sustainably, saving many road miles and carbon emissions.