Skip to main content
Advertisement
Advertisement
The Port of Newcastle, New South Wales, Australia, has recorded another solid year of trade in 2018 with the Hunter's construction boom and business investment helping drive growth in related cargoes. 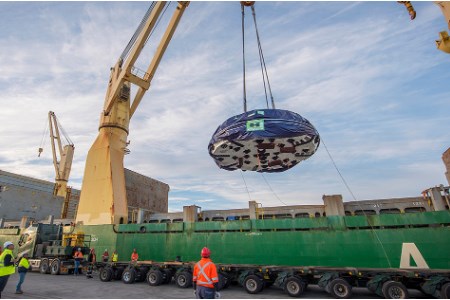 The port handled 280 000 t of cement in 2018, up almost 11% y/y, amid record construction in Newcastle and strong growth in surrounding local government areas.

While exports of steel and mineral concentrates (both up 21%) were strong, wheat (down 79%) and meals and grains (down 67%) were significantly lower due to drought conditions across Port of Newcastle's catchment area, however this was partially offset by coastal imports from Western Australia in these trade types.

Work on the AUS$33 million Newcastle Bulk Terminal upgrade is well-advanced and due for completion in 2020. A four-year project to construct the new Mayfield 7 berth to allow larger vessels also recently reached a significant milestone with the first LR1 class tanker welcomed to Stolthaven's fuel terminal earlier this month.

Bulk liquids and dry bulk commodities – such as cement, mineral concentrates, alumina and magnetite – are expected to continue growing given the port's investment programme.

Calendar year 2018 was also significant for project cargo, with a number of major project equipment and machinery shipments.

Newcastle is the only port on Australia's east coast with direct berth to rail line connections, which enabled significant deliveries of rolling stock for new passenger and freight trains being introduced across Sydney, Newcastle and regional New South Wales.

Coal exports continued to be the major contributor to the port's trade volumes, dipping to 158 million t in line with demand trends for Australian coal in international markets.

Image courtesy of Port of Newcastle

Read the article online at: https://www.drybulkmagazine.com/ports-terminals/28012019/port-of-newcastle-records-another-solid-year-of-trade/