The historic SAMGA terminal in the America dock, at the Port of Antwerp was recently reopened by port alderman, Marc Van Peel. The fifth Haven dock has transformed the new site into an efficient grain terminal by investing in a large hydraulic Mantsinen crane and four different conveyors. The site can be accessed by seagoing ship, barge, rail or truck. The renovation of this bulk terminal will put grain handling and storage back on the map in Antwerp. 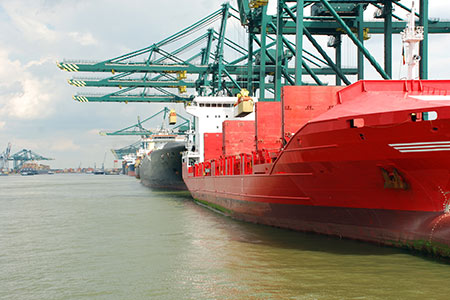 The large SAMGA grain silos are the oldest in Antwerp, harking back to the days when the port was the hub of the grain trade in Belgium. The reopening of the old terminal has great symbolic value for the Port Authority, as the site has not only a historic past but also a promising future.

Nele Voorspoels, Business Development Consultant for the Port Authority, explained: "We support all bulk activities in the port area, but we're particularly proud to see part of our historic heritage being upgraded so as to put grain handling back at the forefront. The trade in grain and seeds is a basic part of world trade. That was true in classical antiquity and in the Middle Ages, and it is equally true today."

Read the article online at: https://www.drybulkmagazine.com/ports-terminals/23102017/reopening-of-samga-terminal-revives-grain-trade/

ClassNK has released a new version of its software developed in response to the IACS Common Structural Rules for Bulk Carriers and Oil Tankers.