SCHADE Lagertechnik GmbH has increased its market presence in the Asian power industry with more orders from the Chinese steel industry. 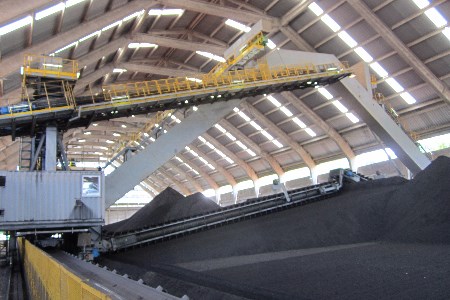 Teaming up with AUMUND Beijing, SCHADE secured an order from the Baosteel Iron & Steel Co. for the supply of six combined reclaimers. These new machines will be installed this year and next year on the same site as two SCHADE semi-portal reclaimers supplied previously.

The two existing machines, each with a rail span of 31.5 m and a reclaiming capacity of up to 1500 tph iron ore, were installed as recently as 2015 at Shanghai Baosteel Group Corp., the second largest Chinese iron and steel conglomerate. The six combined stacker-reclaimers with stackers have an outer rail span of 56 m and are designed to stack 3600 tph and reclaim up to 1200 tph. This is the first time that SCHADE is supplying combination machines such as these for the Chinese market.

More than a dozen SCHADE semi-portal reclaimers have now been installed in steel plants in China.

“SCHADE is increasing its market share and can now boast many references in China. Factors contributing to this success are SCHADE’s special design elements, such as chains with external rollers, as well as its environmentally friendly configuration features, such as low energy consumption rates”, said SCHADE Sales Director Andreas Markiewicz. Thanks to the compact construction and special design of the SCHADE machines in comparison to bucket wheel machines, stockpiles can be managed easily and economically in covered premises.”

“SCHADE reclaimers are enjoying more and more success on the market because, when the overall investment is considered, they combine the advantages of being safer, fully automated, more flexible, more environmentally friendly and more cost-effective than silos or bucket wheel reclaimers”, continued Markiewicz.

Read the article online at: https://www.drybulkmagazine.com/material-handling/05052017/baosteel-orders-six-schade-combined-reclaimers/