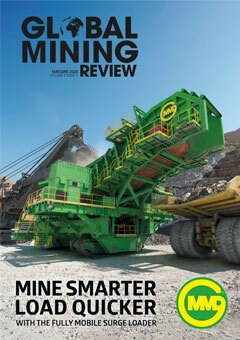 A flicker at the end of a long tunnel? This is what many people around the world will be beginning to see as governments start to gradually ease restrictions across the board and dip a solitary toe into the unknown temperatures of a post-COVID world. In Germany’s case, an impressive recovery rate of 143 000 out of a total of 173 000 cases has, among other things, resulted in the tentative readmittance of children back into classrooms and the Bundesliga’s much anticipated restart.

But matters are not as simple as they appear.

Since the changes, the country’s infection rate (R0, the tracking rate of how many people, on average, will be infected for every individual who has the disease) has risen above 1, and Dynamo Dresden’s entire squad remains in isolation just one week out from the first fixture back. Considering how swift the country’s lockdown was, and how effective its testing plan has been, these consequences paint a jarringly real picture of just how perilous the path of lockdown-lifting will be to walk.

For the mining industry, nowhere is this problem more apparent than for copper-producing heavyweight Peru, whose lockdown in the middle of March brought the industry to a grinding halt. At the start of May, Reuters reported it to have 42 534 confirmed cases – the second highest in the continent – with a death count of 1200. However, if the country’s impressive recent economic growth is to continue, much will depend on the state of the country’s mining sector, which accounts for roughly 14% of its GDP and 60% of exports.1 The lasting socioeconomic impact this has had has been immense for a country whose poverty rate has been cut in half since the turn of the century.

Mining’s importance to the economic and social health of Peru cannot be overstated, so it is unsurprising that the temporary closure of key copper mines such as Antamina, 270 km north of Lima, and owned by BHP, Glencore, Teck and Mitsubishi, has been a cause for concern. According to BHP, the mine, which sits a cool 4300 m above sea level in the Andes Mountains, can process roughly 145 000 tpd of ore depending on hardness and accounted for approximately 3% of the country’s total corporate tax base in 2016. It may have been something of a relief for the mine then that the Peruvian government started to ease the sector’s restrictions at the beginning of May, including on storage and transportation.

Just as in Germany however, the situation is precarious at best. On 27 April, Antamina reported 210 cases of COVID-19 among its staff and contractors. Although arguably the more important figure is the 87% of these that were asymptomatic – a feature of the disease that makes it difficult to identify and contain on mine sites and indeed anywhere without consistent testing. The government decreed that: “It is necessary to begin the social and economic recovery. Therefore, it is a priority to address the transition to a resumption of activities that incorporates precautions and protective measures to prevent infections and minimise the risk of a rebound in the disease.” Despite this line, questions still remain about workplace safety and the kind of implications for infection rates.

Peru will have to walk along the knife edge to normality, on one side of which lies this clear and present issue, and on the other, the nation’s social and economic health. As countries battle to keep their R0 values below 1, and with the threat of a healthcare system-busting second wave a very real danger, just how safe and effective these gradual changes will be remains to be seen.

In these difficult times it is more important than ever to stay informed of the industry’s latest news and developments, which Global Mining Review will continue to provide through our online issues and flips, daily news updates, webinars, and Facebook, Twitter and LinkedIn posts. The team at Global Mining Review would also like to thank all key workers and medical staff around the world for their tremendous effort in us keeping ahead of this pandemic.

Get your free issue of Global Mining Review