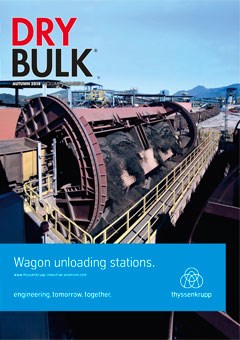 In the days slowly drawing in and the warm weather disappearing, I find myself already reminiscing about summer. We’ve had a fantastic summer here in the UK, with record high temperatures mimicking that of the Mediterranean – it was the first time I genuinely thought about taking a ‘staycation’.

However, there’s one thing about this summer that I certainly don’t miss: cutting out carbs. Let me explain. A few months ago, my partner somehow managed to convince me (coerced, more like) to take on a ‘no-carb diet’ with him. This experiment entailed one whole month with no carbohydrates at all. I was melancholic just thinking about the prospect of it. Nevertheless, I’m no quitter, so when 1 July finally came around, I found myself grudgingly saying no to all starchy foods.

It felt like a long summer, but it seems that I wasn’t the only one missing out on the major food source.

European wheat and grain producers have seen production fall drastically following the long stretch of hot, dry weather. The United States Department of Agriculture (USDA) confirmed this decline in its World Agricultural Supply and Demand Estimates published on 10 August1, in which it noted: “World 2018/2019 wheat supplies are reduced [in August] by 7.1 million t, primarily on lower EU production. [...] Projected global 2018/2019 trade is lower, mainly on reduced EU exports, which are down 4.5 million t to 23 million t, the lowest in six years.”

Ukraine, one of the world’s largest wheat exporters, took a hit in its production this summer. Despite steady growth over the last five years, the country saw a 2% decrease in its wheat production, in comparison to the 2016/2017 crop year where it totalled 27 million t. Additionally, total grain exports fell 9.6% during the 2017/2018 season.

That being said, NIBULON (one of Ukraine’s largest producers and exporters of agribulks) has made 965 000 t of general grain shipments since the beginning of the 2018/2019 marketing year. To put this into perspective, this is the company’s largest volume of exports ever, in comparison to similar months of previous years.

But now, with summer behind us, production should ramp up again.

Bulgaria has produced 5.4 million t of wheat so far this year; a 6.27% decrease than in 2017. However, despite this fall, The Ministry of Agriculture and Food of Bulgaria has assured that the country will not fall short of the necessary wheat volumes to satisfy domestic consumption.2

Hopefully the rest of Europe will follow suit soon.

This issue of Dry Bulk not only includes articles on the shipping and handling of iron ore, the challenges associated with cement silos and hoppers, conveyor engineering at a limestone plant and effective grain management systems, to name a few; Dry Bulk Autumn also receives bonus distribution at Global Grain Geneva, BULKEX and Coaltrans World Coal Leaders Network Forum. I hope you enjoy the issue!