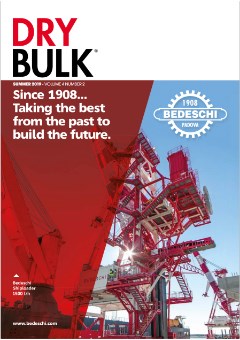 After eight years, the war for the Iron Throne is coming to an end. Bets have been placed and many theories are still in play about who will come to rule the Seven Kingdoms, as Daenerys and her crew prepare to face off against Cersei. According to Sky Bet, as of 7 May, Bran Stark holds the lead to rule Westeros with odds of 2/5, followed by Sansa Stark (4/1) and Gendry (9/1). With the finale in sight, it could be anyone’s game. Much like with the US-China trade war.

The stakes are high for these two countries, and neither appear to be giving up. After a seemingly calm period of trade negotiations that were supposedly making ‘great progress’, on 5 May, US President Trump took to Twitter and outlined his intentions to raise US tariffs on Chinese imports. Shortly after his declaration, the Office of the United States Trade Representative filed the paperwork to increase the tariffs on US$200 billion worth of Chinese imports. General Counsel to the Trade Representative Joseph Barloon signed the documentation, effectively raising the tariffs from 10% to 25% on the morning of 10 May.

In response, US-listed shipping stocks have declined amid fears that the trade tensions could reduce the volume of seaborne cargo. Confirming these qualms is Jon Chappell, Evercore ISI’s Shipping Analyst, who identified that the “stock market and commodity price reaction has been swift.” Already, shipping stocks have slumped, particularly in the dry bulk sector. Breakwave Dry Bulk EFT fell by 8%; Seanergy decreased by 7%; and Golden Ocean, Safe Bulkers, Genco Shipping & Trading, and Star Bulk all saw a 4% decline.

Similarly, iron ore futures on China’s Dalian Commodity Exchange have become weaker, dropping to a low of US$92.50/t in early trade. To compare, this is a decline of 1.9% from the close of trade on 30 April. While it can be speculated as to what might have spurred on Trump’s tweets, something worth noting is that his announcement came shortly after Beijing attempted to renegotiate the proposed trade deal. Reportedly, China was trying to bide itself some time in the hope that the Democrats win the 2020 US presidential election?.1

Commenting at the White House on 9 May, Trump revealed he had received a letter from Chinese President Xi Jinping. Trump was quoted: “I did get last night a very beautiful letter from President Xi. ‘Let’s work together. Let’s see if we can get something done’. But they renegotiated the deal. I mean they took [...] whether it’s intellectual property theft, they took many, many parts of that deal and they renegotiated. You can’t do that.”

But after arriving in Washington for further trade talks, China’s Vice Premier Liu He professed he came with sincerity and wishes to have a “rational and candid exchange of views with the US under the current special conditions.”

At present, Trump appears to be uncertain about what’s going to happen. One thing’s for sure though: he will not permit the continuation of America’s trade deficit with China.

Cersei Lannister once tried to warn Ned Stark that, when you play the game of thrones, you win or you die. While I’m confident that the US and China won’t go to the same lengths as Cersei to get their own way (fingers crossed), one similarity is clear – there’s currently no middle ground.