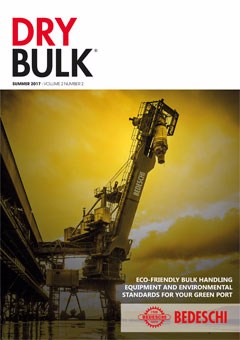 Despite typically British weather, the country took to the polling stations on 8 June to have its say in the UK’s future, after a snap General Election was called on 18 April by Theresa May, with the stated reason of strengthening her hand going into Brexit negotiations. To the surprise of many, this move has backfired, with the election resulting in a hung Parliament: while the Conservatives won the most seats, they do not have an overall majority and need support from another party – which will take time to negotiate, come at a price, and is no guarantee of long-term stability.

As I write, talks are under way between the Conservatives and Northern Ireland’s Democratic Union Party (DUP) to form a “confidence and support” agreement. Many are questioning the wisdom of this alliance of parties with differing views, values and manifesto pledges, and some are concerned with its wider implications for Northern Ireland and Brexit. There is doubt over whether Theresa May can survive as leader. Meanwhile, Labour Leader Jeremy Corbyn has indicated that he is ready to step up to form a minority government. Hung parliaments seldom last long, and there is widespread speculation that, whatever happens in the next few days and weeks, we may well have another election within the year.

So where does all this leave the UK, and more particularly the Brexit negotiations? Despite the ‘strong and stable’ buzzwords we all heard so often during the election campaign, the UK is now in a position of greater uncertainty. A hard Brexit looks less likely, and there are calls for a softer negotiating stance by a new leader. Ideally, negotiations would be carried through from start to finish by the same prime minister and government, but this may now be in doubt.

The Brexit clock is ticking: negotiations are scheduled to begin on 19 June, but business leaders have expressed concerns about the UK’s preparedness, especially in the uncertain wake of the election. Some have called for a delay in starting negotiations while a strong negotiating team with clear objectives is put in place, but it is not obvious how any delay would work. The EU is ready for negotiations to begin, with a negotiator in place, and drafts prepared. Jean-Claude Juncker, Head of the European Commission, is pressing for talks to go forward without delay, though Michael Barnier, the EU’s Chief Negotiator for Brexit, has taken a softer line, tweeting that “talks should start when UK is ready”.

Clearly the decisions taken in the days and weeks to come will be crucial for Brexit and the UK’s future, and we need more information on the possible outcomes of the negotiations for our economy.

In this issue of Dry Bulk, Gro Intelligence provide an outlook on the export (and import) of the UK’s main grains crop, wheat, in relation to leaving the EU. The article looks at what may lie ahead following Brexit and addresses how vulnerable UK wheat exports are: does the UK wheat industry need the EU market more than the EU needs it? How difficult will it be for UK wheat exports to gain access to the single market, and how will it trade with both EU and non-EU countries? Other points deliberated include whether EU countries (such as France) in competition with UK wheat might gain from the UK’s loss, and what will happen if UK negotiators put other industry needs before the wheat industry. Turn to page 12 to read more.

Will Theresa May still be running through those wheat fields post-Brexit?