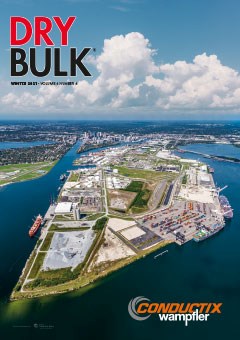 For those that managed to avoid all news of COP26 last month, this event was an opportunity for world leaders to gather to pool ideas and present creative ways to actively reduce carbon emissions in line with the Paris Climate Agreement goals.

There was no need to continue the virtual attendance similar to recent conferences and events, and many world leaders and dignitaries chose to arrive to COP26 by private jet – 400 in fact. This use of transportation emitted as much carbon dioxide as 1600 Scottish people do in a year. So, the event was not off to a particularly green start.

Skipping from aeroplanes to boats – the role of the shipping industry was one of the topics of discussion at COP26, with 19 of the world’s nations taking action to decarbonise the maritime sector, having signed the ‘Clydebank Declaration’.

By signing the declaration, the countries agreed to create zero emissions shipping trade routes between ports. Essentially, the countries – including Belgium, the US, and France – have agreed to support the creation of at least six green corridors by 2025, which involves the development of infrastructure for decarbonisation and supplies of zero emissions fuels. Since shipping contributes nearly 3% of global carbon dioxide emissions, and the International Maritime Organization (IMO) aims to reduce emissions from ships by 50% by 2050 compared to 2008 levels, the creation of clean shipping lanes would assist with achieving this goal.

Another global pledge decided at COP26 that will directly affect the dry bulk industry is the commitment of more than 40 countries to shift away from coal. Major coal-using countries including Poland, Vietnam, and Chile have made the commitment, whereas several of the most coal-dependent countries in the world – such as China and India – have decided not to be involved. Whilst the terminology of the Glasgow Climate Pact was changed from “phase out” to “phase down” coal, it is the first time any type of restrictions on fossil fuels have been added to a United Nations climate pact, and is the first ever climate deal to explicitly plan to reduce coal.

There is a global tussle over opinions on coal, which is evident in the last-minute change in terminology at COP26. Delivering coal is a profitable business, which reportedly accounts for 30% of cargo volumes and has stepped up its role providing power during the COVID-19 pandemic when fuel shortages were rife. It is understood why the likes of China and India have failed to join the coal pact, since Asian nations are currently building approximately 200 new coal-fired power plants. However, at the other end of the scale, European nations are taking their hands off the black product. Peel Ports is restructuring its former coal import terminal in Scotland to cater for aquaculture and renewable energies such as offshore wind, and the Port of Antwerp is significantly reducing its closeness to coal – handling only 0.28 million t of coal in 1H21, down nearly 60% on its 1H20 volume.

With renewable energies becoming more attractive in terms of cost, the appeal for new coal is being lowered, and while nations such as India continue to utilise this fossil fuel – for reasons such as development agendas and poverty eradication – most Western governments face mounting pressure if they continue to finance coal power plants. It is therefore clear that any recent growth in global coal trade will be short-lived. For the meantime, whilst the coal trade is busy, the dry bulk shipping industry should relish the occasion.