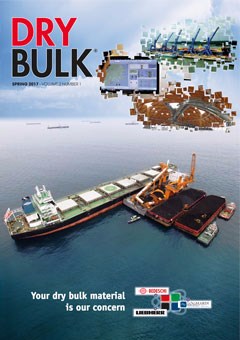 Currently there are a growing number of bans being put in place across the world, from President Trump’s (now pending) controversial travel ban to the recent US and UK laptop ban on certain inbound flights, or even North Korea and Malaysia banning each other’s citizens from leaving their countries (following a growing disagreement over the death of the North Korean leader’s half-brother in Malaysia’s capital Kuala Lumpur).

One particular ban that may hold the dry bulk industry’s attention is China’s ban of imports of North Korean coal. Last month, the country’s Ministry of Commerce announced it would halt all coal imports from North Korea until the end of the year. In a public notice jointly issued with the country’s customs agency, the Ministry of Commerce said the decision was made to comply with a UN Security Council resolution of implementing further economic sanctions on Pyongyang after it detonated its fifth nuclear test in 2016.

Coal is one of North Korea’s biggest exports and most of it is exported to China. Whether this ban will have a major impact on the country and to what extent, we can’t be sure – and I don’t intend to hypothesise here.

But I would like to ask, what does this mean for the global coal industry, and in turn the dry bulk industry? Last year, China played a large part in the rebound of coal prices with the country’s limit on working days for miners. Could China be the determining factor for prices again in 2017? According to BMI Research’s analysis of the ban, if it is strictly implemented going forward, it would be a positive to seaborne metallurgical coal prices, but only temporarily. The global research company noted that China imported 22.5 million t of coal from North Korea in 2016 (just over 12% of the country’s total imports). Therefore, there is a gap that needs to be filled, leading to a potential increase in demand for imports to China from other major metallurgical coal suppliers, such as Australia, Canada, Mongolia and Russia.

While this ban could tighten the seaborne market, it is not a long term increase in prices. BMI notes that metallurgical coal prices have fallen to US$168/t (as of 23 February) from their peak in November of US$309/t, and China’s ban announcement has moved metallurgical coal prices to a more even level. BMI indicated that finding alternative sources to replace North Korean coal is likely to lead to just a “modest coking coal price rally in the next three months.”

So while Chinese authorities rocked the boat in 2016, in 2017 they are returning to calmer waters (for now). Turning to thermal coal, in this issue of Dry Bulk we have a Commodity Report on Seaborne Thermal Coal on p. 30. Here Hugh Lee provides an overview of the global coal industry’s better than expected performance in 2016 but warns it will not regain the growth of the first decade of this century. As always we are constantly being reminded that the industry is volatile; new curve balls are put into play constantly. We at Dry Bulk look forward to seeing what the next challenges are and how the industry overcomes them – be it commodity demand fluctuations, commodity production difficulties or even another unexpected import ban.